In October 2006 and April 2007 Sotheby’s sold over 400 lots of nineteenth century furniture, the residue of a much larger collection formed between 1994 and 2006 by Christopher Payne on behalf of a private collector. Each auction was a resounding success virtually doubling the top auction estimates for the collection, selling for more than $22,000,000. Each catalogue has become a reference work in its’ own right with many of the prices achieved still not matched in the intervening years. 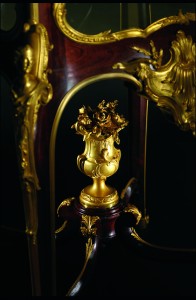 Each auction had a wide range of furniture, mainly French but with a few English pieces in the French style. Both contained a considerable number of pieces by François Linke. The first auction, on October 26th 2006 (sale number NO8264) had over 100 items by Linke, plus 24 from his own private collection, items that had been in use by his family, namely his daughter and subsequently granddaughter, until the 1990s. The catalogue has to be studied in detail to appreciate the wide range of objects in this part of the collection. Notable amongst the results was the prototype for the 1904 St. Louis World fair vitrine, Linke # 608 which made more than $669,000. The Linke archives had been invaluable here enabling us to recreate the missing stretcher and floral vase from the original plans and master models. Linke’s ‘grande armoire‘, # 716 was the first item of Linke furniture to realise over $1,000,000, realising $1,515,708 aggregate. 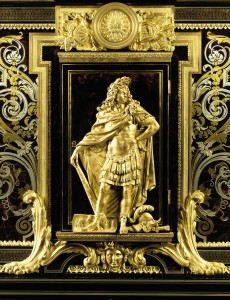 eteenth century theme of mainly the Louis XIV and XVI styles, Volume II, sold on April 19th 2007 (sale number NO8304) offered items that were more directly indebted to the eighteenth century Louis styles. Any doubts that the market was not still hungry for the very best lots were immediately quelled by lot 3 realising over $860,000. This pair of première and contre partie cabinets dating to between 1913-1914 are unique according to the Linke Archives. Interestingly the archival information notes that Linke himself worked on the carcasses, an unusual event for a 55-year old gentleman, a patron international acclaim and a holder of the Légion d’honneur. However even Linke was left behind by a cabinet made for the 4th Marquess of Hertford in 1855-1857. A copy of the celebrated  jewel cabinet originally made in circa 1787 for the  Comte and Comtesse de Provence, and now at Windsor Castle, the copy in the Sotheby’s auction realised over $2,850,000. (A detail of the magnificent quality of the metalwork on this cabinet can be seen on one of the headers of this site.